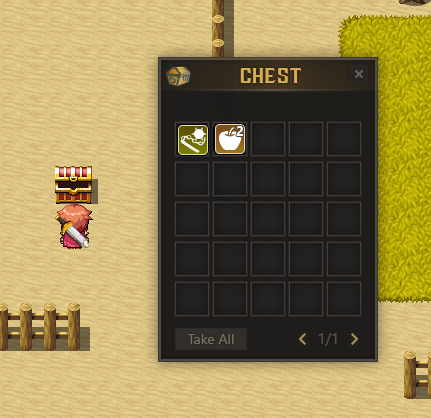 Visual Chest is a feature of Map Inventory that allows you to create a chest that makes the player can choose which item they wanted to take from a chest. This is a better reward system compared to the chest that you could create in the RPG Maker using the Change Item event that forces the player to take all of the rewards. The common usage of Visual Chest is to be used for a chest that contains treasure in a place such as a dungeon.

There are two types of Visual Chest

You can create Visual Chest Stored that can only store a specific type of item, but first, you need to know about Custom Item Type. To create it, you just have to add the second parameter after chest name. You can create a Visual Chest with a random reward by adding chance (comment) before each item that represents their drop chance percentage.