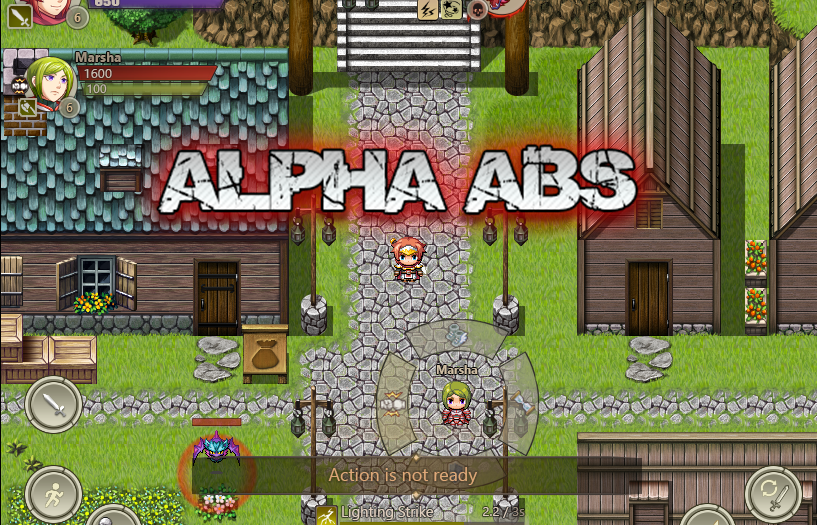 The main idea of mechanics of the battle system (hereinafter ABS) borrows from the game <World of Warcraft>. To perform combat actions, you must have a target. But supports not target skills too. Every battle action (item, spell, weapon attack) is implemented using a special skill (ABS Skill).

“Vector” – It creates an projectile object (a vector), which will follow to the target (or direction) and performed when hit target. Preferred for projectiles skills or weapons (like Bow).

“Circle”– creates the rounded area (circle), performed on all the objects that be in area.

“Zone” – creates a certain zone in the direction of use, performed on all the objects that be in area.

ABS Skills have special parameters, combine that allows you create a unique spells. Main difference between ABS skills it is special rules of combination of parameters.

* skills types overview video from Alpha ABS v.1.0. Since then, the combat system has undergone many visual changes and technical improvements

Or ask your question in Forum Thread

If you buy plugin you get plugin with commercial license and access to all future plugin updates (you receive a special link and when new update is come out, just download plugin again by received link)

You can use plugin in non-commercial project for free
FULL
License: Read example

You can use plugin in non-commercial and commercial projects   on the sole condition that this plugin has been legally acquired (through purchase from https://ko-fi.com/pheonixkagedesu/shop).